Books I've read in the last couple of months 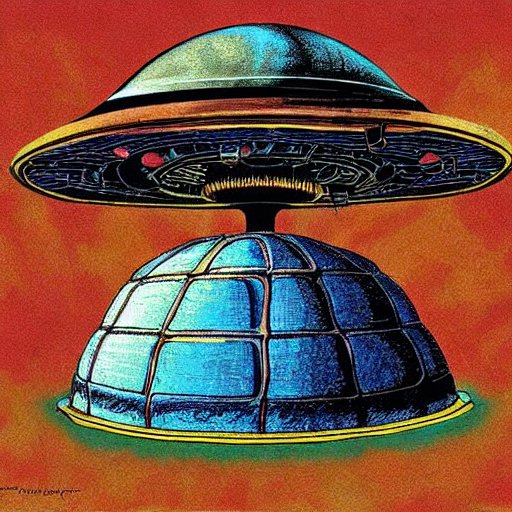 The last few months have been quite intense and full of stress for me - I moved to a new country, got a new job and of course, the ongoing terrible war and terror in my homeland didn’t stop breaking my heart. Therefore, reading books for me is a sort of way to escape from this reality to another and somehow reduce my level of stress. This is a list of books I have read in these months. Some of these books are fiction and some are not but are related to programming. The books here are not in some order or rating.

I’d like to start with two novels by Terry Pratchett from the Discworld cycle - Hogfather and Jingo. Some time ago I decided to read all the Discworld books. I read the books in the order in which they were published, and I have already reached the 20th and the 21st novels (out of 41).

Hogfather is a cute naive Christmas story that I would have liked more as a kid than I do now. But anyway I enjoyed reading this book - I was glad to return to my beloved world, as well as I liked Pratchett’s humor and some characters’ charisma. By the way, this novel was made into a two parts movie. If you like to watch Christmas movies or if you have children, you might like this!

The next book in the Discworld series was Jingo, a story about politics (oh, here it is again), racial stereotypes, and patriotism. I liked this book much more than the previous one because it allowed me to look at the topic of international politics through the prism of humor. Well, and also because some of the main characters were the guards of Ankh-Morpork, whom I love very much.

Probably, I will continue to read the Discworld cycle further (I am already in the middle), but after some break.

The next book was The Nature of Code by Daniel Shiffman. The book tells how to simulate natural processes and systems using programming. It deals with various physical processes and concepts, as well as how they are described in the language of mathematical formulas. Vectors, speeds, trajectories, interactions of objects, forces, and so on. What we once learned in school :) The book also introduces Processing - the development environment and the programming language, with the help of which we model all these processes. In general, it’s quite interesting material, I think it may be useful to those who want to engage in game development or physics modeling for some kind of research purposes. Another positive point is that the book is distributed for free online.

The next book is the classic sci-fi novel of Arthur C. Clarke - Rendezvous with Rama. A book about human contact with an alien interstellar ship. Interesting concepts based scientifically and logically, an intriguing plot that raises many questions and theories about the purpose of the spaceship and the motives of the creatures that built it. A minimum of social issues and deep characters developing as the story progresses. Good old solid science fiction with all its pros and cons as is.

The next on my list is the story Naked Beast (Голы звер in Belarusian) by Mikhas Zaretski (Міхась Зарэцкі). The book of the Belarusian writer is rather unusual for several reasons. First - the main character is a negative asocial person. The second - the action takes place in Soviet Belarus in the 20s, but the book does not tell about the construction of a bright communist future or the labor exploits of workers and peasants, or some other such bullshit from Soviet propaganda. But it shows the dark side of that society. It is not surprising that the author was arrested and shot by the Soviet authorities in 1937.

The next book is Flask Web Development by Miguel Grinberg. At a new place of work I’ve to work a lot with Python and Flask framework, so I decided to read something about this framework. In general, a good book about that topic.

And last but not least book on this list is Koidanava (Койданава in Belarusian) by Adam Globus (Адам Глобус). The book is very saturated with nostalgia for the author’s native places and his home. At this point in my life, it resonates with me a lot. This is a collection of stories about the inhabitants of Koidanova (the official name of this city at this moment is Dzyarzhynsk, “thanks” to the communists). The stories are quite gloomy and sad, sometimes funny, but also with a touch of darkness. But anyway, strong nostalgia and tender love of the author for this place breaks through all that murk.

In conclusion, I would like to say that in this post I spoke about some books more, about others less, but anyway I liked all of them and brought pleasure while reading.